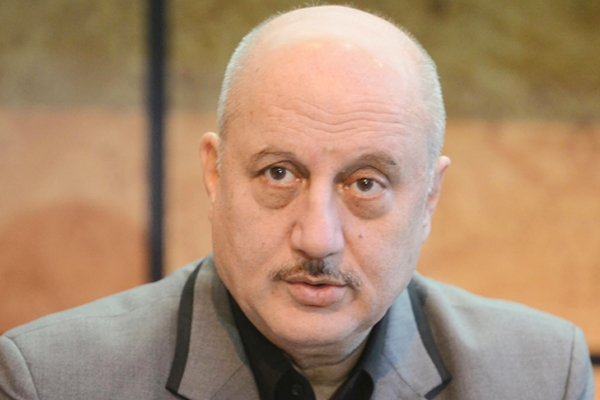 (Image source from: Anupham Kher Says no to Pak Visa})

Talented actor Anupham Kher was in plans to attend the Karachi Literary Festival but his Visa for Pakistan got denied. A disturbed Anupham has taken twitter to reveal saying that his visa has been declined while 17 others have been offered visa for KLF that is about to start this Friday. He even slashed the officials saying that India has always been encouraging Pakistani actors and writers.

This has created a huge sensation after which Anupam Kher got a call from Pakistan High Commission. Basit called up Kher inviting him to their country. Basit tweeted, "@AnupamPkher you are always welcome Sir. You are a great artiste; we respect and admire you”.

Replying to Basit, Kher tweeted, "Thank you Mr. @abasitpak1 for your call & offering me visa to visit Karachi. I appreciate it. Unfortunately i've given away those dates now”. Though sources reveal that there are political aspects for Anupam’s visa getting rejected, he said that he has been badly upset as he has been singled out among the 18 guests invited.